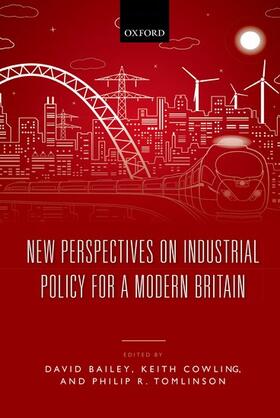 In the aftermath of the global financial crisis of 2008 and the ensuing Great Recession of 2008 to 2013, the economic debate has begun to shift towards 'rebalancing' the UK economy, away from an over-reliance upon consumerism and the financial sector to generate growth, towards more sustainable productive activities. The fallout from the financial crisis exposed the systemic failings of the dominant neo-liberal model to deliver balanced growth and there is now
increasing recognition this 'rebalancing' might best be achieved through the state pursuing an active 'industrial policy'. Thus, after a long hiatus, industrial policy is back in vogue at regional, national, and EU levels driven by concerns over competitiveness, globalisation, de-industrialisation,
unemployment, and the comparatively slow growth of the British and EU economies especially in this post-recession phase. At the same time, industrial policy has been seen as a catalyst for designing economic recovery strategies at regional, national, and EU levels as well as being a concerted strategy to develop new 'clean-tech' industries to tackle environmental challenges. This book brings together leading European based experts, each with a long standing interest in industrial policy. The
chapters offer a broad set of perspectives on the many facets of industrial policy, including reflections upon past experiences of industrial policy (from across the globe) and critical analysis and advice upon contemporary UK industrial policy issues. They aim to critically inform and challenge
policy-makers, policy think-tanks, industrialists, trade unions, academics, and other stakeholders in framing the future course for industrial policy in the UK, and indeed more widely.

Bailey, David
David Bailey is Professor of Industrial Strategy at the Aston Business School. He has written extensively on industrial and regional policy, especially in relation to manufacturing and the auto industry. His recent research has been funded by a number of state and private organisations including the ESRC. He recently undertook an INTERREG project on the role of FDI in cluster upgrading, and is an Area Coordinator (on industrial policy) for the FP7 project WWW for
Europe (Welfare, Wealth, Work). He is a regular blogger, newspaper columnist, and media commentator. He was Chair of the Regional Studies Association over 2006-12 and is now an Honorary Vice-Chair, and an Editor of the journals Regional Studies and Policy Studies.


Keith Cowling is Emeritus Professor of Economics at the University of Warwick. His main research interests are in industrial organisation and the deficiencies of monopoly capitalism. He has played significant roles as an industrial policy advisor and published extensively in the fields of industrial economics and policy. He was the founding Editor of International Journal of Industrial Organisation and is author of several books, including Monopoly Capitalism (MacMillan, 1982)
and (with Roger Sugden), Beyond Capitalism: Towards a New World Economic Order (Pinter Press, 1994). He was an early President of the European Association for Research in Industrial Economics (EARIE) and a founding member of the European Union Network for Industrial Policy (EUNIP).


Philip Tomlinson is Associate Professor in Business Economics at the University of Bath School of Management, where he is also a convenor for the Institute for Policy Research (IPR). His research interests predominantly focus upon economic governance, regional development and industrial policy, where he has published extensively in some of the world's leading academic journals. He also co-edited Crisis or Recovery in Japan: State and Industrial Economy (2007, Edward Elgar, with David
Bailey and Dan Coffey) and has contributed to several edited volumes. He has addressed the All Party Parliamentary Manufacturing Group on industrial policy and also worked closely with the British Ceramic Confederation on issues relating to the development of the ceramics industry.