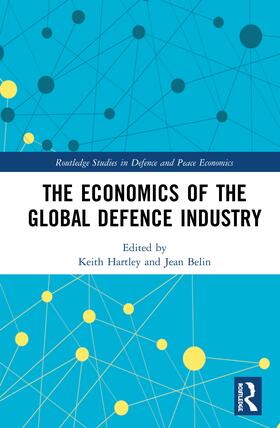 Belin / Hartley The Economics of the Global Defence Industry

Belin / Hartley The Economics of the Global Defence Industry

This book makes an original contribution to our knowledge of the world’s major defence industries. Experts from a wide range of different countries – from the major economies of North America and Western Europe to developing economies and some unique cases such as China, India, Singapore, South Africa and North Korea– describe and analyse the structure, conduct and performance of the defence industry in that country.
Each chapter opens with statistics on a key nation’s defence spending, its spending on defence R&D and on procurement over the period 1980 to 2017, allowing for an analysis of industry changes following the end of the Cold War. After the facts of each industry, the authors describe and analyse the structure, conduct and performance of the industry. The analysis of ‘structure’ includes discussions of entry conditions, domestic monopoly/oligopoly structures and opportunities for competition. The section on ‘conduct’ analyses price/non-price competition, including private and state funded R&D, and ‘performance’ incorporates profitability, imports and exports together with spin-offs and technical progress. The conclusion explores the future prospects for each nation’s defence industry. Do defence industries have a future? What might the future defence firm and industry look like in 50 years’ time?
This volume is a vital resource and reference for anyone interested in defence economics, industrial economics, international relations, strategic studies and public procurement.