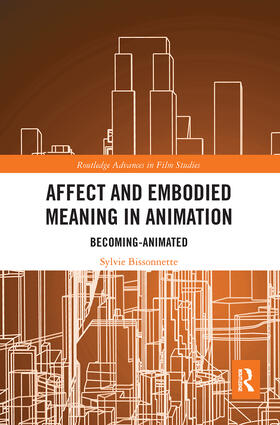 This book combines insights from the humanities and modern neuroscience to explore the contribution of affect and embodiment on meaning-making in case studies from animation, video games, and virtual worlds.

As we interact more and more with animated characters and avatars in everyday media consumption, it has become vital to investigate the ways that animated environments influence our perception of the liberal humanist subject. This book is the first to apply recent research on the application of the embodied mind thesis to our understanding of embodied engagement with nonhumans and cyborgs in animated media, analyzing works by Émile Cohl, Hayao Miyazaki, Tim Burton, Norman McLaren, the Quay Brothers, Pixar, and many others. Drawing on the breakthroughs of modern brain science to argue that animated media broadens the viewer’s perceptual reach, this title offers a welcome contribution to the growing literature at the intersection of cognitive studies and film studies, with a perspective on animation that is new and original.

‘Affect and Embodied Meaning in Animation’ will be essential reading for researchers of Animation Studies, Film and Media Theory, Posthumanism, Video Games, and Digital Culture, and will provide a key insight into animation for both undergraduate and graduate students. Because of the increasing importance of visual effect cinema and video games, the book will also be of keen interest within Film Studies and Media Studies, as well as to general readers interested in scholarship in animated media.

Chapter 1 - The Limits of Human Perception

Chapter 5 - A Trek Across the Uncanny Valley

Bissonnette, Sylvie
Sylvie Bissonnette guest edited the special issue "Animating Space and Scalar Travels" for the journal Animation. Her writing on animation and cinema has appeared in Animation, the Contemporary Theatre Review, the New Review of Film and Television Studies, and Screen. She has published book chapters in From Camera Lens to Critical Lens and Stages of Reality, and a chapter on the Québécois filmmaker Denis Villeneuve in Regards Croisés sur Incendies.