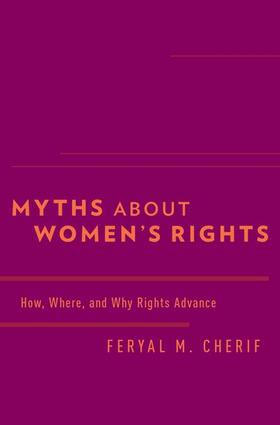 How, Where, and Why Rights Advance

Two conventional wisdoms dominate debates about why women's rights advance in some places but not others. While culture and religion are understood to be the primary barriers to gender equality, efforts by international institutions and women's groups to change social norms are often seen as the most effective way to reduce discrimination.

This book introduces a third, often overlooked explanation - the core rights framework - to account for how, where, and why women's rights advance. It argues that female labor force participation and education serve as building blocks, or core rights, for the advancement of other women's rights. Cultivating core rights is believed to spur group consciousness, ease collective action problems, and render women in a politically relevant group, thereby increasing the prospects that women's rights
are represented in the polity. In examining the advancement of women's rights across four major areas - political, nationality, reproductive, and property rights - this book shows that the conventional wisdom about the role of international norms and culture is usually overstated and often incomplete.
It also presents systematic evidence evaluating the effectiveness of different prescriptions for improving women's lives across a broad range of rights.