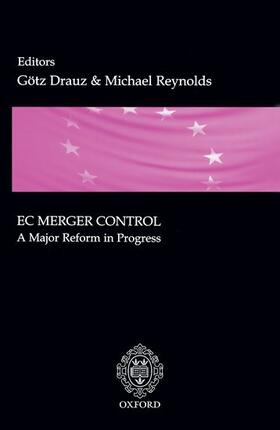 The European Commission adopted a comprehensive package of reforms to the EU merger control regime in conjunction with the accession of the new Member States in 2004. This constituted the most radical reform of the regime since the previous Merger Regulation was adopted in 1989, aimed at better adapting it to a globalising market and enlarging an increasingly integrated European Union. The extensive reform to the regulation has provoked significant questions about
the way in which the Commission treats major merger evaluations.

EC Merger Control provides a comprehensive and insightful account of the many important procedural and substantive aspects of the reform process, with contributions from eminent specialists in the field of mergers, including lawyers, economists, and representatives of the European Commission, Court of First Instance, US Department of Justice, the World Bank and several competition authorities. The papers in this book are based on the proceedings of the 2002 EC Merger Control conference -
organised jointly by the European Commission and the International Bar Association.