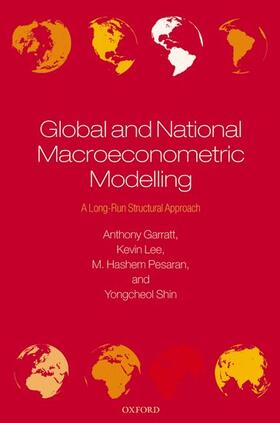 This book provides a comprehensive description of the state-of-the-art in modelling global and national economies. It introduces the long-run structural approach to modelling that can be readily adopted for use in understanding how economies work, and in generating forecasts for decision- and policy-makers. The book contains a thorough description of recent developments in macroeconomics and econometrics, which should be of interest to advanced students and
researchers, but is also written to be accessible and helpful to practitioners in government and the private sector. The long-run structural approach is illustrated with various global and national examples, including a step-by-step description of the development and use of a model of the UK economy.
Throughout, the book emphasises the use of macroeconometric modelling in the real world and is written in a way that ensures the techniques illustrated can be replicated or applied in new contexts. The transparency and pragmatism of the modelling approach used within this book will be attractive to practitioners who need manageable and interpretable models to answer specific questions.

Academics and graduate students with an interest in macroeconomics, finance, and econometrics. Central bankers responsible for research, policymaking, and forecasting.