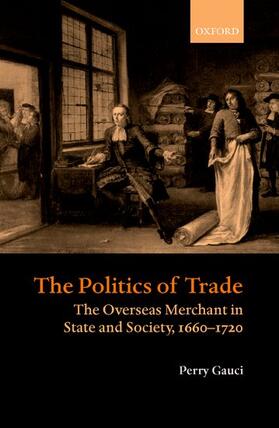 Gauci The Politics of Trade: The Overseas Merchant in State and Society 1660-1720

Gauci The Politics of Trade: The Overseas Merchant in State and Society 1660-1720

This book examines the political and social impact of the English overseas merchant during this key era of state development. Historians have increasingly recognized the significance of this period as one of commercial and political transition, but relatively little thought has been given to the perspective of the overseas traders, whose activities transended these dynamic arenas. Analsis of the role of merchants in public life highlights their important contribution to England's
rise as a commercial power of the first rank, and illuminates the fundamerntal political changes of the time. Case-studies of London, Liverpool, and York reveal the intricate workings of mercantile politics, while studies of the press and Parliament illustrate the increasing prominence of the trader
on the national stage. The author's pioneering approach shows how crucial the political accomodation which the merchant class secured with the landed gentry was to the country's success in the eighteenth century.