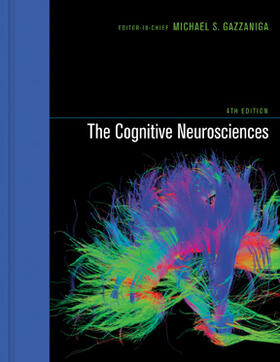 The fourth edition of the work that defines the field of cognitive neuroscience, offering completely new material.Each edition of this classic reference has proved to be a benchmark in the developing field of cognitive neuroscience. The fourth edition of The Cognitive Neurosciences continues to chart new directions in the study of the biologic underpinnings of complex cognition—the relationship between the structural and physiological mechanisms of the nervous system and the psychological reality of the mind. The material in this edition is entirely new, with all chapters written specifically for it. Since the publication of the third edition, the field of cognitive neuroscience has made rapid and dramatic advances; fundamental stances are changing and new ideas are emerging. This edition reflects the vibrancy of the field, with research in development and evolution that finds a dynamic growth pattern becoming specific and fixed, and research in plasticity that sees the neuronal systems always changing; exciting new empirical evidence on attention that also verifies many central tenets of longstanding theories; work that shows the boundaries of the motor system pushed further into cognition; memory research that, paradoxically, provides insight into how humans imagine future events; pioneering theoretical and methodological work in vision; new findings on how genes and experience shape the language faculty; new ideas about how the emotional brain develops and operates; and research on consciousness that ranges from a novel mechanism for how the brain generates the baseline activity necessary to sustain conscious experience to a bold theoretical attempt to make the problem of qualia more tractable.

Mussa-Ivaldi, Sandro
Sandro Mussa-Ivaldi is Professor of Physiology in the Medical School at Northwestern University, with joint appointments in Physical Medicine and Rehabilitation and Biomedical Engineering. He is also Founder and Director of the Robotics Laboratory at the Rehabilitation Institute of Chicago.

Holyoak, Keith J.
Keith J. Holyoak, Distinguished Professor of Psychology at the University of California, Los Angeles, is a psychologist and poet. He is the coauthor or editor of a number of books on cognitive psychology and has published three volumes of poetry.

McClelland, James L.
James L. McClelland is Professor of Psychology and Director of the Center for Mind, Brain, and Computation at Stanford University. He is the coauthor of Parallel Distributed Processing (1986) and Semantic Cognition (2004), both published by the MIT Press. With David E. Rumelhart, he was awarded the 2002 University of Louisville Grawemeyer Award for Psychology for his work in the field of cognitive neuroscience on a cognitive framework called parallel distributed processing and the concept of connectionism.

Phelps, Elizabeth A.
Elizabeth A. Phelps is Professor of Psychology at New York University.

Kanwisher, Nancy
Nancy Kanwisher is Investigator at the McGovern Institute for Brain Research and Professor in the Department of Brain and Cognitive Sciences at MIT.

Baggio, Giosuè
Giosuè Baggio is Professor of Psycholinguistics at the Norwegian University of Science and Technology.

Kosslyn, Stephen M.
Stephen M. Kosslyn is Founding Dean and Chief Academic Officer of the Minerva Schools at KGI (the Keck Graduate Institute) and John Lindsley Professor of Psychology in Memory of William James, Emeritus, at Harvard University. He is the coauthor of Cognitive Psychology: Mind And Brain and the author of Image and Brain: The Resolution of the Imagery Debate (MIT Press).

Shadmehr, Reza
Reza Shadmehr is Professor of Bioengineering and Professor of Neuroscience at the Johns Hopkins University School of Medicine. He is the coauthor of The Computational Neurobiology of Reaching and Pointing and Biological Learning and Control (both published by the MIT Press).

Rizzolatti, Giacomo
Giacomo Rizzolatti is Professor of Human Physiology at the University of Parma.

Ivry, Richard
Richard Ivry is Professor in the Department of Psychology at the University of California Berkeley.

Block, Ned
Ned Block is Silver Professor of Philosophy and Psychology at New York University and was Chair of the Philosophy Program at MIT from 1990 to 1995. He is a coeditor of The Nature of Consciousness: Philosophical Debates (MIT Press, 1997).

Koch, Christof
Christof Koch is President and Chief Scientist of the Allen Institute for Brain Science in Seattle, following twenty-seven years as a Professor at the California Institute of Technology. He is the author of Consciousness: Confessions of a Romantic Reductionist (MIT Press), The Quest for Consciousness: A Neurobiological Approach, and other books.

Quadflieg, Susanne
Susanne completed her BA at the University of Jena (Germany) and her PhD at the University of Aberdeen (Scotland). As a Postdoctoral Researcher Susanne worked at the University of Groningen (The Netherlands) and the University of Louvain-La-Neuve (Belgium). From September 2011 till December 2014 Susanne was an Assistant Professor at New York University Abu Dhabi (United Arab Emirates). In January 2015 she started working at the University of Bristol (England).Susanne is interested in understanding the strategies that humans adopt when trying to make sense of each other. As a social neuroscientist, she studies aspects of person perception, person construal, and person understanding, using functional magnetic resonance imaging (fMRI) in combination with behavioral and self-report measures.

Singer, Tania
Tania Singer is Director of the Department of Social Science at the Max Planck Institute for Human Cognitive and Brain Sciences in Leipzig.

Robertson, Lynn C.
Lynn Robertson is Adjunct Professor Emerita in the Department of Psychology at the University of California, Berkeley. 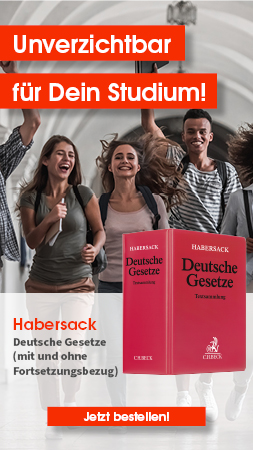