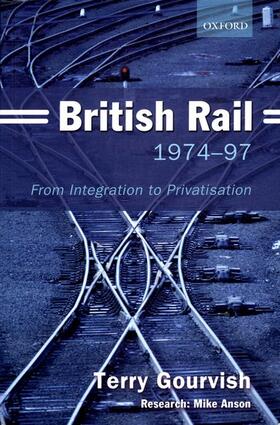 Bücher versandkostenfrei
kostenlose Rücksendung
Britain's privatised railways continure to provoke debate about the organisation, financing, and development of the railway system. This important book, written by Britain's leading railway historian, provides an authoritative account of the progress made by British Rail prior to privatisation, and a unique insight into its difficult role in the government's privatisation planning from 1989. Based on free access to the British Railway Board's rich archives, the book
provides a comprehensive analysis of the main themes: a process of continuous organisational change; the existence of a persistent government audit; perennial investment restraints; the directive to reduce operating costs and improve productivity; a concern with financial performance, technological
change, service quality, and the management of industrial relations; and the Board's ambiguous position as the Conservative government pressed home its privatisation programme.

The introduction of sector management from 1982 and the 'Organising for Quality' initiative of the early 1990s, the Serpell Report on railway finances of 1983, the sale of the subsidiary businesses, the large-scale investment in the Channel Tunnel, and the obsession with safety which followed the Clapham accident of 1988, are all examined in depth. In the conclusion, the author reviews the successes and failures of the public sector, rehearses the arguments for and against integration in the
railway industry, and contrasts what many have termed 'the golden age' of the mid-late 1980s, when the British Rail-government relationship was arguably at its most effective, with what has happened since 1994.

Gourvish, Terry
Terry Gourvish has been Director of the Business History Unit at the London School of Economics since 1989. Previously he was the Dean of the School of Economic and Social Studies at the University of East Anglia.