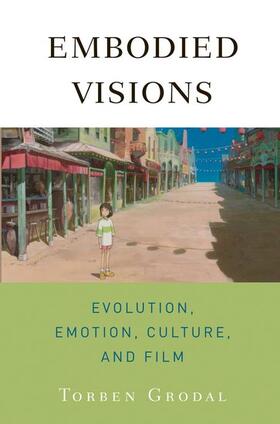 Embodied Visions presents a groundbreaking analysis of film through the lens of bioculturalism, revealing how human biology as well as human culture determine how films are made and experienced. Throughout his study, Torben Grodal uses the breakthroughs of modern brain science to explain central features of film aesthetics and to construct a general model of aesthetic experience - what he terms the PECMA flow model - that demonstrates the movement of
information and emotions in the brain when viewing film. Examining a wide array of genres - animation, romance, pornography, fantasy, horror - from evolutionary and psychological frameworks, Grodal expands his scope to reflect on social issues at the intersection of film theory and neuropsychology, including moral
problems in film viewing, how we experience realism and character identification, and the value of the subjective forms that cinema elaborates. Embodied Visions broadens the theoretical framework of cognitive approaches to cinema while contributing toward a growing body of work on the relation between biology and culture.

Grodal, Torben
Torben Grodal is Professor of Film and Media at the University of Copenhagen. He is author of Moving Pictures: A New Theory of Film Genres, Feelings, and Cognition, and he has published books and articles on cultural history, film theory and film analysis, aesthetic theory, and video games combining humanistic methods with brain science.