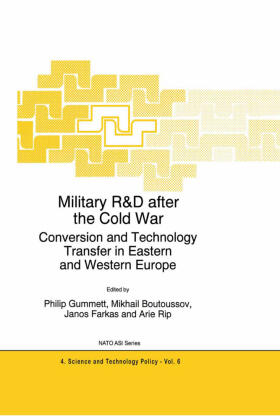 Conversion and Technology Transfer in Eastern and Western Europe

Countries establish defence industries for various reasons. Chief among these are usually a concern with national security, and a desire to be as independent as possible in the supply of the armaments which they believe they need. But defence industries are different from most other industries. Their customer is governments. Their product is intended to safeguard the most vital interests of the state. The effectiveness of these products (in the real, rather than the experimental sense) is not normally tested at the time of purchase. If, or when, it is tested, many other factors (such as the quality of political and military leadership) enter into the equation, so complicating judgments about the quality of the armaments, and about the reliability of the promises made by the manufacturers. All of these features make the defence sector an unusually political industrial sector. This has been true in both the command economies of the former Soviet Union and its satellites, and in the market or mixed economies of the west. In both cases, to speak only a little over-generally, the defence sector has been particularly privileged and particularly protected from the usual economic vicissitudes. In both cases, too, its centrality to the perceived vital interests of the state has given it an unusual degree of political access and support.

Preface. Part 1: Analytical Approaches and Context. 1. Conversion Strategies in Eastern Europe and the Former USSR: A Thematic Overview; M. Boutoussov. 2. West European Defence Industrial Policy after the Cold War; P. Gummett. 3. Concepts of Military Technology: Contesting the Boundaries Between the Civilian and the Military; T. Cronberg. 4. New challenges after the Cold War; J. Farkas. 5. Shock Therapy - Is There Really No Alternative?; P. Redfern. 6. Innovation and Technology Policy in The East European Transformation - the Hungarian Case; P. Tamas. Part 2: Cases and Experiences. 7. Critical Technologies, Policy and Security in a Middle Power Country, A Case of Avionics and Systems Integration in Canada; J. de la Mothe, G. Paquet. 8. Beyond the Frontier: The Convergence of Military and Civilian R&D in the United States; H. Etzkowitz. 9. Procurement Policies and Military R&D in the Nordic Countries; H. Skoie. 10. Transfer of Technology and Managerial Skills: The Possible Role of Foreign Direct Investment in the Development of the East; J.-A. Héraud. 11. The European Union's Contribution to the R&TD Capacities of the Countries of Central and Eastern Europe and the Former Soviet Union; G. Lake. 12. Conversion in the Ukrainian Military R&D at the Beginning of the 1990s: Some Results and Problems; I. Egorov. 13. Study of the Requirements and Experience of Utilisation of Knowledge and Results of Military Researchers: Case Study of the Medical Research Institute in Ukraine; G. Karas. 14. Establishment of a Technology Transfer Centre in Bratislava; H. Semerad.15. Conversion in Bulgaria: Some Contextual Problems; K. Simeonova. 16. Observations on the Socio-Political and Cultural Context of Military Conversion: A Polish View; L.W. Zacher. Index.