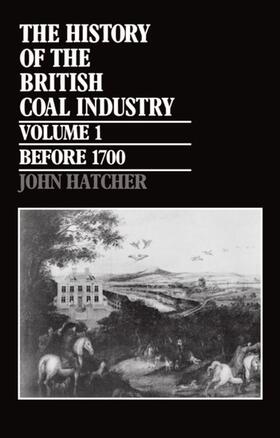 Hatcher The History of the British Coal Industry: Volume 1: Before 1700: Towards the Age of Coal

Hatcher The History of the British Coal Industry: Volume 1: Before 1700: Towards the Age of Coal

This is the eagerly awaited first volume of the definitive History of the British Coal Industry. Well before 1700 Britain had become heavily dependent upon coal for its fuel, and coalmining had taken its place among the nation's staple industries. John Hatcher traces the production and trade of coal from the intermittent small-scale activity which prevailed in the Middle Ages to the rapid expansion and rising importance which characterized the early modern
era.

Thoroughly grounded in a formidable range of sources, the book explores the economics and management of mining, the productivity and profitability of colliery enterprise, and the progress of technology. Dr Hatcher examines the owners and operators of collieries and the sources of mining capital, as well as the colliers themselves, their working conditions and earnings. He argues that the spectacular growth of coal output in this period was achieved more through evolutionary than revolutionary
processes.

This is a scholarly, detailed, and comprehensive study, which will be an essential source for all historians of the medieval and early modern economy, and fascinating reading for anyone with an interest in the British coal industry.