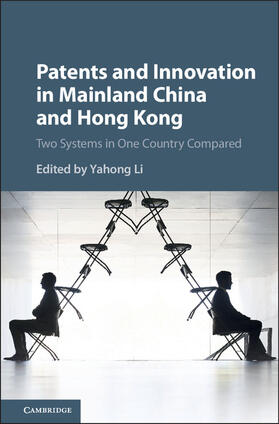 Li Patents and Innovation in Mainland China and Hong Kong: Two Systems in One Country Compared

Li Patents and Innovation in Mainland China and Hong Kong: Two Systems in One Country Compared

How do patents affect innovation in Mainland China and Hong Kong? How can two patent systems operate within one country and how is innovation affected by the 'one country two systems' model? For the first time, this book links these challenging issues together and provides a comprehensive overview for government officials, law-makers, academics, law practitioners and students to understand the patent systems of Mainland China and Hong Kong. Themes examined include the interaction between the two distinctive patent regimes, the impact of patents on innovation in China's specific industries such as green tech, traditional Chinese medicines and telecommunications, the role of utility models in inflating low-quality patents and the application of good faith principle in enforcing FRAND in Mainland China, patent system reforms in Hong Kong, and the impact of these changes on innovation in the two vastly distinctive yet closely connected jurisdictions.

Li, Yahong
Yahong Li graduated from Stanford with a Doctorate in Science of Law. She teaches and researches intellectual property law extensively, in particular on the intersection of intellectual property (IP) and innovation. Her major publications include: Imitation to Innovation in China: The Role of Patents in Biotechnology and Pharmaceutical Industries (2010), International and Comparative Intellectual Property: Law, Policy and Practice (2005), 'China' in L. Bentley (ed.) International Copyright Law and Practice (2015 onward). She is an Associate Professor and Director of L.L.M. Program in Intellectual Property and Information Technology at the Faculty of Law, The University of Hong Kong, a member of ATRIP, and an Honorary Advisor of Hong Kong Institute of Patent Attorneys.