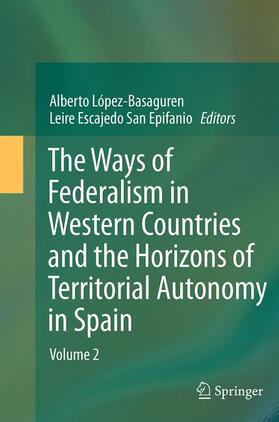 Territorial autonomy in Spain has reached a crossroads. After over thirty years of development, the consensus regarding its appropriateness has started to crumble. The transformation project embodied by the reform of Statute of Catalonia (2006) has failed to achieve its most significant demands. Although the concept of Spain as a Federation is disputed -more within the country than beyond-, the evolution of the Spanish system needs to follow a markedly federalist path. In this perspective, reference models assume critical importance. This edition gathers the works of a broad group of European, American and Spanish experts who analyse the present-day challenges of their respective systems. The objective, thus, is to contribute ideas which might help to address the evolution of the Spanish system in the light of the experience of more established Federations.
This second volume focuses its attention on the difficulties and challenges faced in two particular fields. On the one hand, the field of intergovernmental relations and, on the other, questions related to the integration and acknowledgement of diversity and of Fundamental Rights, with special reference to the cases of Canada and Spain. Finally, there is analysis of other specific aspects of the system of territorial autonomy in Spain.

Intergovernmental Relations: the Experience in Federal Countries and in Spain.- The Management of Diversity: Canada and Spain.- Territorial autonomy in Spain: other issues.