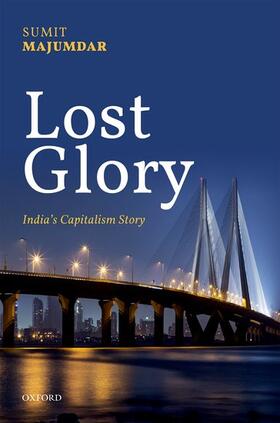 The presentation takes readers on a definitive evidence-based survey of India's industrial landscape. It includes a detailed historical description of the intellectual origins of India's modern industrialization, anchored in a privileged view of economic policy making. Grounded in deep historical and political analyses, that account for the variations, continuities, and changes in institutional contingencies, the facts derived on India's long-term economic performance are used to put the record
straight. The findings of the book will transform debate, and set the agenda for thoughtfully assessing what course the Indian economy needs to follow.

Majumdar, Sumit K.
Sumit K. Majumdar is Professor of Technology Strategy in the Jindal School of Management, University of Texas at Dallas. His doctoral degree is from the University of Minnesota. He has been on the faculties of Imperial College, London, and the University of Michigan, Ann Arbor. He qualified as a Chartered Accountant and as a Chartered Management Accountant during stays in London. His prior degrees were from the Sydenham College of Commerce and Economics, and theJamnalal Bajaj Institute of Management Studies, both of the University of Bombay. His research has assessed how policies and institutional changes have impacted corporate strategy and performance. An area that he has been involved in relates to the Indian economy, as it has emerged from acommand-and-control regime to free market status, and his works on the impact of policy innovations and reforms in the Indian industrial sector are extensive and influential.