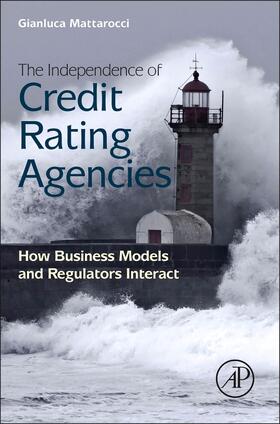 How Business Models and Regulators Interact

The Independence of Credit Rating Agencies focuses on the institutional and regulatory dynamics of these agencies, asking whether their business models give them enough independence to make viable judgments without risking their own profitability.

Few have closely examined the analytical methods of credit rating agencies, even though their decisions can move markets, open or close the doors to capital, and bring down governments. The 2008 financial crisis highlighted their importance and their shortcomings, especially when they misjudged the structured financial products that precipitated the collapse of Bear Stearns and other companies.

- Reports on one of the key causes of the 2008 financial crisis: agencies that failed to understand how to analyze financial products
- Describes inherent business model and pricing conflicts that compromise the independence of credit rating agencies
- Reveals how rating agencies large and small, regulatory bodies, and vested interests interact in setting fees and policies

Mattarocci, Gianluca
Winner of multiple research awards for his investigations in banking and finance, Gianluca Mattrrocci has published on subjects as diverse as real estate finance, bibliometrics, and hedge funds. His work on rating agencies derives from his investigations of the Italian banking industry and their portfolios.