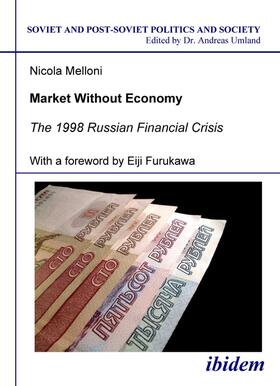 The 1998 financial crisis in Russia was one of the most dramatic economic breakdowns of the last decade and symbolized the failure of the transition process as it had been conducted since the end of the Soviet Union.
There is no general agreement on the nature of the rouble collapse; a number of contradictory interpretations have been discussed among economists. This book argues that the Russian 1998 financial turmoil is best predicted by Krugman’s and Sargent-Wallace’s models. The currency collapse had its origins in the peculiar way in which the transition was managed. In particular, the Russian government became entrapped into the double constraint of a tight monetary policy imposed by the IMF, on the one side, and a loose fiscal policy to support the private sector, on the other. Those policies were inconsistent, and led to inflationary processes that were postponed through emission of a large amount of Treasury Bonds to finance the fiscal deficit. At the same time, a tight monetary policy retarded the recovery of the industrial sector. While the particular timing of the crisis was co-determined by other factors, such as the Asian financial crisis and the fall of the oil price, it was this incoherent monetary and financial policies mix that constituted the main cause of the rouble’s spectacular collapse in August 1998.
The book provides extensive coverage of a decade of Russian reforms. It criticizes neo-liberal ideology and the course of the transition process supported by the “Washington Consensus.”

Eiji Furukawa is Moscow correspondent for the Japanese newspaper Nikkei and the co-author of several books on international affairs.