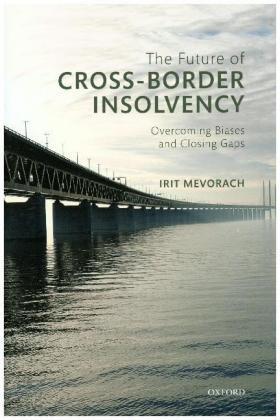 A fresh and insightful guide to post-financial crisis cross-border insolvency, this book interrogates the current regime and sets out a framework for improving its future. In recent decades, and especially since the global financial crisis, a number of important initiatives have focused on developing the mechanisms for managing the insolvency of multinational enterprises and financial institutions. The book considers the effectiveness of the current system and
identifies the gaps that could be bridged by adopting certain strategies and tools, to improve the system further.

The book first discusses the theoretical debate regarding cross-border insolvency and surveys the strengths and weaknesses of the prevailing method-modified universalism in its application to both commercial entities and financial institutions, consequently identifying a single set of emerging norms. The book argues that adhering to these norms more robustly would enhance global welfare and produce the best outcomes for businesses and institutions.

By drawing upon sources from international law as well as behavioural and economic theory, the book offers a blueprint for meeting the demands of future cross-border insolvencies. It considers how to translate modified universalism into binding international law and how to choose the right instrument for cross-border insolvency as well as the impact that instrument design has on decisions and choices. It explores how to encourage compliance and proposes mechanisms that could potentially
overcome, or at least take into account, behavioural biases in decision-making.

Mevorach, Irit
Irit Mevorach is Professor of International Commercial Law at the University of Nottingham. From 1998-2003, Irit practised at Lipa Meir & Co, Tel-Aviv. Since 2006 Irit has been an expert adviser to the UK delegation to UNCITRAL. In 2013, she was appointed Senior Counsel to the World Bank. In that capacity, she has advised governments of some ten countries in Africa, Asia, Europe, and the Caribbean on the reform of business, personal insolvency, andcreditor/debtor systems, and has led the Bank's Global Task Force on Insolvency and Creditor Rights. Her book Insolvency within Multinational Enterprise Groups (OUP, 2009) won an Edwin Coe/INSOL Europe Prize for Outstanding Legal Scholarship (2010).