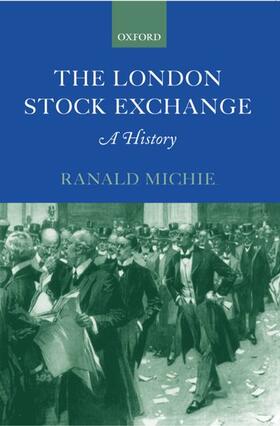 Throughout, the history seeks to blend an understanding of the London Stock Exchange as an institution with that of the securities market of which it was - and is - such an important component. One cannot be examined satisfactorily without the other. Without a knowledge of both, for example, the causes of the 'Big Bang' of 1986 would forever remain a mystery. However, the history of the London Stock Exchange is not just worthy of study for what it reveals about the interaction between
institution and market. Such was the importance of the London Stock Exchange that its rise to world dominance before 1914, its decline thereafter, and its renaissance from the mid-1980s, explain a great deal about Britain's own economic performance and the working of the international economy.

For the first time a British economic institution of foremost importance is studied throughout its entire history, with regard to the roles played and the constraints under which it operated, and the results evaluated against the background of world economic progress.

Michie, Ranald C.
Ranald Michie is Professor of History at the University of Durham where he has been since 1974. He has also held visiting research fellowships in both the United States and Canada and has delivered papers in numerous international institutions. His international speciality is the history of stock exchanges having conducted research in both the British Isles and North America.