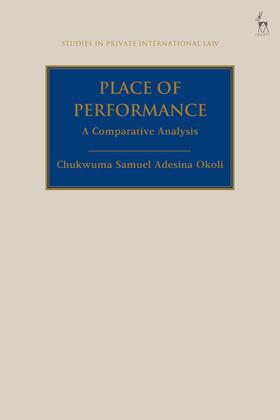 This book provides an unprecedented analysis on the place of performance. The central theme is that the place of performance is of considerable significance as a connecting factor in international commercial contracts. This book challenges and questions the approach of the European legislator for not explicitly giving special significance to the place of performance in determining the applicable law in the absence of choice for commercial contracts. It also contains, inter alia, an analogy to matters of foreign country mandatory rules, and the coherence between jurisdiction and choice of law. It concludes by proposing a revised Article 4 of Rome I Regulation, which could be used as an international solution by legislators, judges, arbitrators and other stakeholders who wish to reform their choice of law rules.

A Critical Analysis
IV. Choice of Law as a Determinant of Jurisdiction under Article 7(1)(a) of Brussels Ia
V. What are the Differences between Choice of Law and Jurisdiction which Militate against Resolving them in the Same Manner?
VI. Why do European Jurisdiction Rules Support the Claim on the Significance of the Place of Performance of
the Commercial Contract in Choice of Law Matters?
VII. Conclusion
6. Legislative Proposal
I. Background
II. Proposed Model of a Revised Article 4 of Rome I Regulation and Accompanying Recitals
III. Alternative Proposal
7. Conclusion
I. Summary of the Research Findings
II. Transmission of the Model of the Revised Article 4 of Rome I Regulation to Other Countries or Legal Systems
III. Final Word