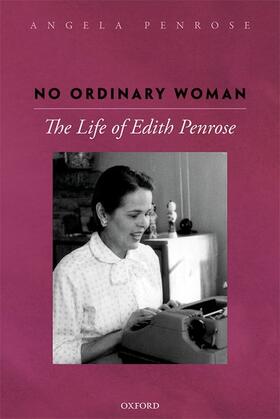 Penrose No Ordinary Woman: The Life of Edith Penrose

Penrose No Ordinary Woman: The Life of Edith Penrose

Edith Penrose was a remarkable woman and distinguished scholar who lived through, and witnessed at first hand, many of the major events of the 20th century; the great depression in the US; the rise of Nazism in Europe; the second world war when she worked as a special adviser to the US Ambassador in London; post-war reconstruction, assisting Eleanor Roosevelt with the drafting of the Universal Declaration of Human Rights; the McCarthy era; and the oil crisis of the
1970s. Her work as an economist made a mark in several distinct but overlapping areas - on the patent system, on the theory of the firm, on multinational enterprises, the oil industry, and the economics of the Middle East. Her best known work, The Theory of the Growth of the Firm was originally
published in 1959, and has formed the basis of the current dominant perspective in strategic management, the resource based view of the firm.

Edith Penrose's approach to explaining the nature of the firm, her fundamental insights, and the concepts she developed are still being applied and extended to new fields of enquiry. Her reformulation of the theory of the firm has had a major influence on the study of the business enterprise, and some argue, the economy itself. She had a distinguished academic and public service career, and wrote extensively on the understanding of the interface between the strategies and activities of
multinational enterprises (MNEs) and the nation states;particularly the developing countries—in which they operated.

This is the first biography of Edith Penrose, drawing on unpublished diaries and letters, the personal memories of her family, friends, and colleagues, and describes her eventful life, her extensive output and influence. The book tells her personal and professional story, weaving it through the extraordinary upheavals of the twentieth century in which she played a part. The book builds up a picture of a vital, energetic woman who lived life to the full, defied convention, made an impression on
all who met her and left a significant intellectual legacy.

Penrose, Angela
In the week Angela Penrose was given The Theory of The Growth of the Firm to read as part of her PPE course at Oxford she met her future husband, Perran Penrose, the son of the author, Edith Penrose. She and Perran went on to teach in Libya, Ethiopia, Burundi, and Zambia where Angela also worked as a journalist. She has extensive experience of communicating in the printed and broadcast media and working directly with children and young people as a teacherand youth worker. She has worked with development and humanitarian organizations and was Director of Policy with Save The Children.