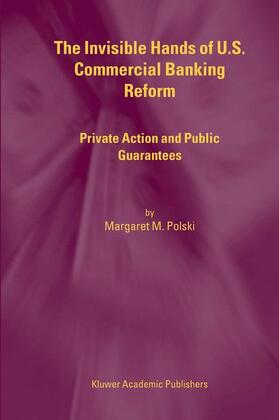 This book is a product of my commitment to developing both theory and practice in political economy. I first became interested in economic and institutional change in the commercial banking industry when I took a seminar on financial insti- tions led by Robert Glauber in the Kennedy School of Government at Harvard University in the spring of 1995. In my experience, Bob is one of a handful of teachers who has the verve to challenge and inspire both esoteric and practical inquiry: the seminar grappled with practical business and policy problems in a way that posed a significant challenge to existing theories. In addition to dem- strating the need to better integrate theory and practice, it provided a perspective and an approach that I continue to find useful in research, consulting, and teaching. Conducting the research for this study has taught me many things about banking, regulation, and policy making, and I am grateful to a very large number of people for their assistance. Bob Glauber continues to be generous in discussing the ch- lenges of change in the financial services industry.