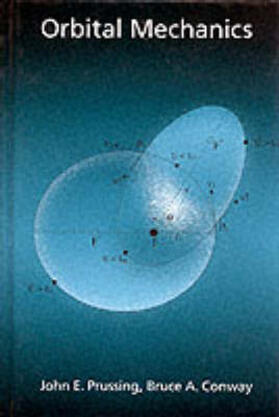 In the planning of any space mission, whether manned or unmanned, one of the most important problems to solve is the orbital mechanics of the spaceflight--how to get the spacecraft from here to there. Sometimes the problem is a relatively simple one: for instance, determining the amount of thrust for how much time to get the space shuttle into a low-earth stable orbit has been more or less perfected. But working out the equations for launching the Voyager probe to visit four major planets, their satellites and rings, without crashing into any of them or flying too far from them, was a formidable problem. As more spaceflights are planned and designed, students and engineers will need improved training in orbital mechanics. This classroom-tested textbook takes its title from an elective course at the University of Illinois at Urbana-Champaign which has been taught to senior undergraduates and first-year graduate students for the past 22 years. The subject of orbital mechanics is developed starting from the first principles of Newton's laws of motion and the law of gravitation. However, unlike other books, the authors also derive the other important results from the first principles, including the fundamental Kepler's equation, the n-body and two-body equations of motion and Kepler's laws of planetary motion, orbital elements, Lambert's time-of-flight equation, the rocket equation and staging, impulsive orbit transfer and rendezvous, interplanetary spacecraft trajectories, the hyperbolic gravity-assist relations, the Hill-Clohessy-Wiltshire equations of relative motion, the Lagrange perturbation equations, and the Gauss and Laplace methods of orbit determination. The subjects of orbit transfer and spacecraft trajectories receive special attention because they are a favorite research area of the authors and their students.

As more and more spaceflights are planned and designed, students and engineers will need better and better training and some good textbooks on orbital mechanics. This text by Conway and Prussing will meet that need. For the first time, all the topics important for a complete introduction to the subject of orbital mechanics are found in a single compact book. After completing the first seven chapters, the student is able to mission, such as propellant required, time of flight, launch and arrival times, and payload.