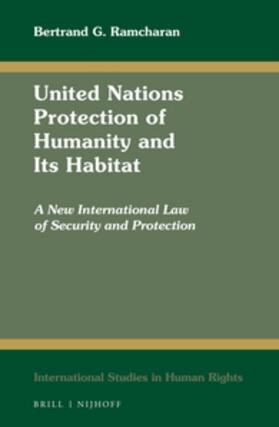 Ramcharan United Nations Protection of Humanity and Its Habitat

A New International Law of Security and Protection

Ramcharan United Nations Protection of Humanity and Its Habitat

Ramcharan, Bertrand G.
Bertrand G. Ramcharan is President Emeritus of UPR Info. Previously, he was: Chancellor of the University of Guyana; Professor of Human Rights at the Geneva Graduate Institute of International and Development Studies; Deputy, then Acting UN High Commissioner for Human Rights; Commissioner of the International Commission of Jurists; Member of the Permanent Court of Arbitration; Special Adviser of the UN Secretary-General on the peace process in Georgia; Fellow of the LSE; UN Fellow at the Kennedy School of Government, Harvard University.