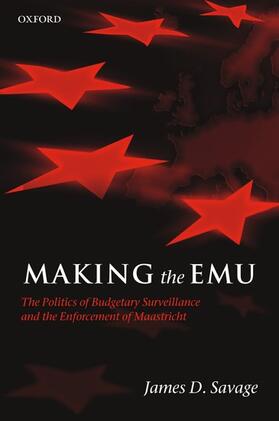 Savage Making the Emu: The Politics of Budgetary Surveillance and the Enforcement of Maastricht

Savage Making the Emu: The Politics of Budgetary Surveillance and the Enforcement of Maastricht

This major new statement from a leading scholar tackles the key debates surrounding the creation of EMU. By examining the politics of the European Commission and its management of the Maastricht Treaty's budgetary surveillance procedure, the book provides major new insights into the processes by which specific member states qualified for EMU status and became subject to the sanctions of the Stability and Growth Pact.

Scholars and students of politics and economics, especially those interested in political economy, European politics, comparative politics, EMU, the Maastricht Treaty, and the Stability and Growth Pact