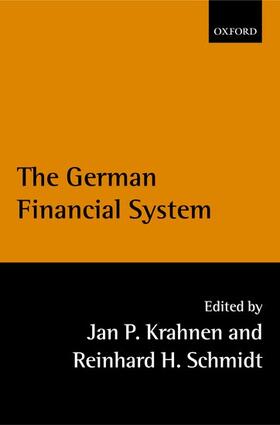 This book is both a reference book on Germany's financial system and a contribution to the economic debate about its status at the beginning of the twenty-first century. In giving a comprehensive account of the many facets of the system, it covers corporate governance, relationship lending, stock market development, investor protection, the venture capital industry, and the accounting system, and reports on monetary transmission and the credit channel, regulation andbanking competition, the insurance and investment industry, and mergers and acquisitions. Special chapters at the beginning and at the end of the book adopt the financial system perspective, analysing the mutual fit of different features of the financial system; and each of the fifteen chaptersaddresses particular myths that surround it.The book is invaluable for those who want to understand the German economy and its financial system, promising not only a compilation of facts and statistics on Germany's financial markets and institutions, but also an analysis of its current structure and the determinants of its future development.