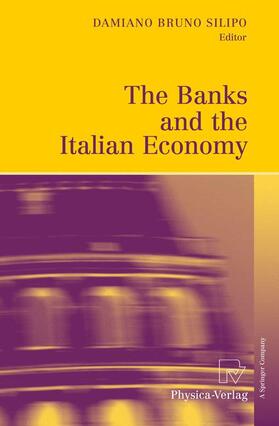 Silipo Banks and the Italian Economy

Silipo Banks and the Italian Economy

Damiano Bruno Silipo In the 1990s the Italian banking system underwent profound normative, institutional and structural changes. The Consolidated Law on Banking (1993) and that on Finance (1998) instituted the legal framework for a far-reaching overhaul of the Italian banking and ?nancial system: signi?cant relaxation of entry barriers, the liberalization of branching, the privatization of the Italian banks, and a massive process of mergers and acquisitions. Following the Bank of Italy’s liberalization of branching in 1990, in 10 years the number of bank branches increased by 70% in Italy, while in the rest of Europe it declined. Over the decade the average number of banks doing business in a province rose from 27 to 31, while a wave of mergers (324 operations) and acquisitions (137) revolutionized the Italian banking industry, reducing the overall number of Italian banks by 30%. To a signi?cant extent this concentration represented take-overs of troubled Southern banks by Central and Northern ones. As a result of these developments (plus a rise in banking productivity and a fall in costs), the spread between short-term lending and deposit rates fell from 7 percentage points in 1990 to 4 points in 1999. And despite an increase in concentration in a number of local credit markets, the interest-rate differential between the locally dominant and other banks generally narrowed.

Credit Rationing in Italy.- Does Local Financial Development Matter?.- Local Financial Development and Corporate Financial Policy.- The Geography of Banking Power: The Role of Functional Distance.- Bank Mergers and Credit Allocation Among Italian Regions.- Basel II and the Financing of R&D Investments.- Basel II and Banking Behaviour in a Dualistic Economy.- Measuring the Efficiency of the Banking System in a Dualistic Economy: Evidence from the Italian Case.- Consolidation, Ownership Structure and Efficiency in the Italian Banking System.