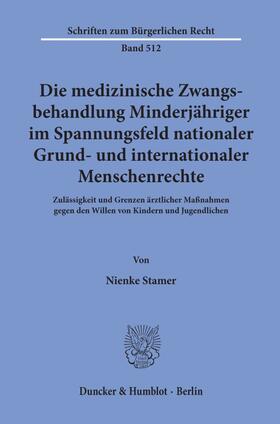 Stamer, Nienke
Nienke Rabea Stammer studied law at the Christian Albrechts University, Kiel, from 2012 to 2017, specialising in civil law with a particular emphasis on family law and inheritance law. After obtaining her state examination degree in 2017, she worked as a research associate at the Chair of Civil Law, Roman Law, History of European Private Law of the Modern Era and Comparative Law of Professor Rudolf Meyer-Pritzl. In 2019 she began work as a trainee lawyer.