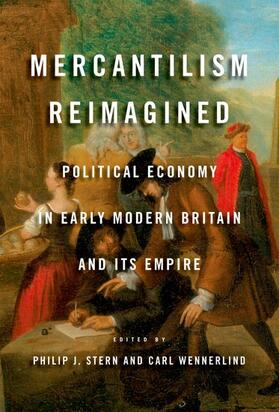 Rethinking Mercantilism brings together a group of young early modern British and European historians to investigate what use the concept "mercantilism" might still hold for both scholars and teachers of the period. While scholars often find the term unsatisfactory, mercantilism has stubbornly survived both in our classrooms and in the general scholarly discourse. These essays propose that it is largely impossible to rethink "mercantilism," given its unique
status as a non-entity, by looking for "mercantilism" itself. Economics as a discipline had not emerged by the seventeenth century, yet economic considerations were part of most intellectual pursuits, whether scientific, political, cultural, or social. Thus, the search for "mercantilism" is best undertaken
through an investigation of how economic considerations were embedded in debates throughout the early modern intellectual landscape. With this in mind, this book seeks to rethink "mercantilism" inductively rather than deductively. Such an approach not only frees the debate from the strictures and assumptions of historiography reaching back to the Scottish Enlightenment, but also avoids viewing the period through the lens of modern economics. Exploring the period in its own terms makes it
possible to revisit fruitfully and more holistically some of the traditional component parts of "mercantilism" such as the relationship between wealth and money, the modern state and commerce, economic and political thought, and power and prosperity only now informed and inflected by the questions raised
in new approaches and trends to the intellectual, political, social, and cultural histories that populated the early modern world.

The goal of this volume is not to abandon mercantilism as a concept but to rethink its intellectual and political content. First, rather than an ideology driven primarily by self-evident and narrow economic self-interest, "mercantilism" was inseparable from the rich transformations emerging out of the rapidly changing early modern intellectual landscape; as such, the study of mercantilism no longer appears solely as a subject of the history of economic thought, but part and parcel of early
modern intellectual history more generally.

Second, the book argues that the common vision of a "mercantile system" premised upon a coherent, strong, and expansive nation-state is unsustainable. The cornerstone of "mercantilism" has long been the assumption of a strong and coherent state apparatus with the authority to manage and manipulate the sphere of commerce for its own ends. This volume explores the implications on our understanding of early modern economic thought of the recent recognition among historians that the early modern
state was rather weak, decentralized, and amorphous. Moreover, the fact that recent research has continually re-emphasized the role of a variety of political communities (not just the state, but also church, corporations, and communities of pirates and smugglers) in shaping public life recommends
questioning which polities mercantilism sought to serve, and vice versa, at any given time. These and other questions will primarily be pursued in the English context, with occasional comparisons to the continental experience.