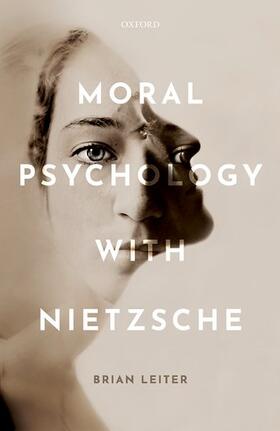 Brian Leiter defends a set of radical ideas from Nietzsche: there is no objectively true morality, there is no free will, no one is ever morally responsible, and our conscious thoughts and reasoning play almost no significant role in our actions and how our lives unfold. Leiter presents a new interpretation of main themes of Nietzsche's moral psychology, including his anti-realism about value (including epistemic value), his account of moral judgment and its
relationship to the emotions, his conception of the will and agency, his scepticism about free will and moral responsibility, his epiphenomenalism about certain kinds of conscious mental states, and his views about the heritability of psychological traits. In combining exegesis with argument, Leiter engages
the views of philosophers like Harry Frankfurt, T. M. Scanlon, and Gary Watson, and psychologists including Daniel Wegner, Benjamin Libet, and Stanley Milgram. Nietzsche emerges not simply as a museum piece from the history of ideas, but as a philosopher and psychologist who exceeds David Hume for insight into human nature and the human mind, repeatedly anticipates later developments in empirical psychology, and continues to offer sophisticated and unsettling challenges to much conventional
wisdom in both philosophy and psychology.

Leiter, Brian
Brian Leiter is Karl N. Llewellyn Professor of Jurisprudence and Director of the Center for Law, Philosophy and Human Values at the University of Chicago, where he teaches and writes about moral, political, and legal philosophy in both the Anglophone and Continental European traditions. His many publications include Nietzsche on Morality (2002; 2015), which has been called "the most important book on Nietzsche's philosophy in the last twenty years"(Journal of Nietzsche Studies, 2010).