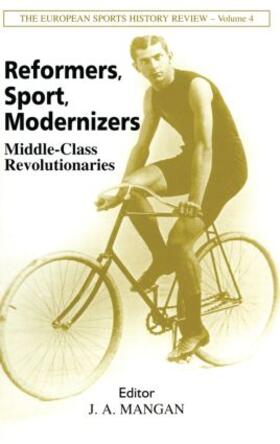 A record of the role of selected middle-class individuals across Europe who made notable contributions to the early evolution of modern sport and who saw success in modern sport as an expression of human qualities to be admired, applauded and encouraged. They viewed sport, sometimes self-interestedly but not always self-interestedly, as a medium of personal, collective and national virtue. It is the first general consideration of a selection of these innovatory pioneers and proselytisers who placed Europe at the forefront of major developments in contemporary world sport - now a phenomenon of global significance.

Mangan, J A
Formerly at the University of Strathclyde, UK