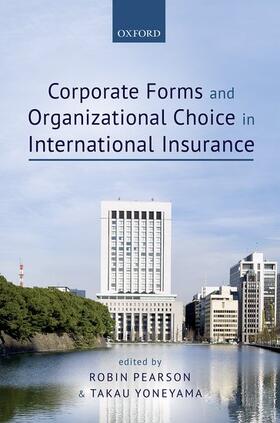 Given the infinite variety of risks throughout history, it is perhaps unsurprising that insurance - the world's primary risk mitigation industry - developed a wide range of organisational forms by which it was delivered. Yet we know little about how and why different forms were chosen in the past, or why they survived or disappeared.

This book is the first to examine the development of multiple organisational forms in insurance from an historical and international comparative context, and to relate historical analysis to modern organisational theory. Thirteen chapters cover eight major markets, US, UK, Germany, Japan, Spain, Sweden, Australia, South Africa, which together account for over half of all world insurance today. Each chapter is authored by an expert in their field, and several include new datasets. Major themes
covered are the variety, choice, governance and regulation of organisational forms in insurance, the experience of mutual insurance in frontier economies and uncertain political environments, the long-run business performance of different organisational forms, and the problems surrounding the
demutualization of modern insurance companies.

Pearson, Robin
Robin Pearson is Professor of Economic History at the University of Hull, UK. He has published widely on British and international economic and business history, with a particular focus on the insurance industry. His first book, Insuring the Industrial Revolution: Fire Insurance and the British Economy, 1700-1850, won the 2004 Wadsworth Prize for Business History. Recent edited books include History of the Company, 8 volumes (2006-7), and The Development ofInternational Insurance (2010). His latest book, Shareholder Democracies? Corporate Governance in Britain and Ireland before 1850, co-authored with Mark Freeman and James Taylor (University of Chicago Press, 2012), won the Ralph Gomory Prize for Business History in 2013.Takau Yoneyama is Professor of Risk Management and Insurance at Hitotsubashi University, Tokyo, Japan. His research covers topics from Business History of Insurance to Enterprise Risk Management. He was a chair of the Study Group for Solvency Margin and the related regulation, FSA, and jointed the Legislative Council on Insurance Law as a member. He was a president of the Asia-Pacific Risk and Insurance Association in 2012/3. He is a chief editor of Japanese Business History Review and aneditor-in-chief of JAVCERM Journal. He edited History of Insurance, 8 volumes (2000) with David Jenkins, and A Commentary on the Insurance Act in Japan (2010, in Japanese) with Tomonobu Yamashita. His most recent publication is Fundamentals of Risk and Insurance (2012 in Japanese).