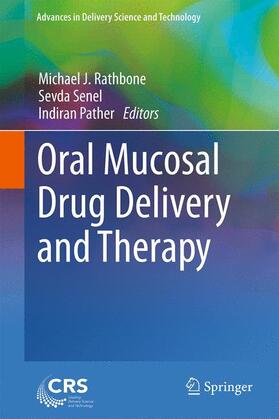 This volume provides a comprehensive overview of the current issues facing scientists working on delivering drugs locally and systemically via the membranes that line the mouth. The book describes the anatomical and physiological challenges of this route for drug delivery and how they impact the design of oral mucosal drug delivery systems. It also provides a detailed description of current oral mucosal drug delivery technologies that overcome these challenges alongside research, development and assessment methods.

In 11 authoritative chapters, the book affords an in-depth evaluation of the major issues associated with this route of administration, namely the retention of the drug/product at the site of administration and increasing drug permeability through the oral mucosa.  The book provides insights into the in vitro and in vivo methods available to assess drug permeability and retention, offers solutions on how to improve the permeation of the drugs through the oral mucosa, and explores approaches to prolong drug/product retention at the site of administration. It also indicates future directions in research and product development. Oral Mucosal Drug Delivery and Therapy is a key resource for those wishing to extend their knowledge of this field.

Rathbone, Michael J.
Michael J. Rathbone is Founder and Managing Director of ULTI Pharmaceuticals, a veterinary pharmaceutical company located in New Zealand. He was formerly Professor of Pharmaceutical Technology and Dean, School of Pharmacy, International Medical University, Kuala Lumpur, Malaysia. Prior to this, he was Associate Professor of Pharmaceutics, School of Pharmacy, Griffith University, Australia, and the Director of Research and General Manager of InterAg, where he spearheaded the companies veterinary controlled drug delivery research and directed their national and global collaborative research activities. Dr. Rathbone obtained his PhD in Pharmaceutics from the University of Aston, Birmingham, UK. He is a Fellow of the Controlled Release Society and has edited eight books in the area of modified release drug delivery and 10 special theme issues of journals.Sevda Senel is Professor of Pharmaceutical Technology at Hacettepe University, Faculty of Pharmacy, Turkey. She is internationally recognized for her contribution to the areas of mucosal drug and vaccine delivery, veterinary drug delivery and dental drug delivery. Prof. Senel has been the recipient of many national and international grants and has published more than 150 communications to scientific meetings, papers in refereed journals, book chapters and books. She has served as the Editor-in Chief of the FABAD Journal of Pharmaceutical Sciences and currently serves on the Editorial Boards of the Journal of Drug Delivery Science and Technology, Pharmaceutical Technology and Development, and the Polish Chitin Society Journal, Progress in the Chemistry and Application of Chitin and its Derivatives. She served as the President of the European Chitin Society for two terms and currently sits on several committees of the Controlled Release Society and on two advisory committees at The Drug and Medical Device Agency of Turkey. Professor Senel has received many honors, awards, and fellowships, and most notably has been honored with the Distinguished Scientist Award by the Academy of Science of the Turkish Pharmacists Association and the Hacettepe University Science Award.Indiran Pather serves as Director of Research and Professor of Pharmaceutics at the California Northstate University College of Pharmacy (CNUCOP). After completing the B. Pharm. degree, he practiced as a pharmacist in South Africa. He subsequently completed the M. Pharm. and D. Pharm. degrees in Pharmaceutics. He taught in South Africa before joining the University of Missouri as a Research Assistant Professor. Since then, he has worked in the industry and held positions of increasing responsibility up to Director of Pharmaceutical Sciences. At CNUCOP, he teaches courses in Compounding and Biopharmaceutics and Drug Delivery. His research has involved analytical chemistry, novel drug delivery systems, and the formulation of cosmetics, pharmaceuticals, and animal health products. Prof. Pather holds 17 U.S. patents and has published 31 patent applications. He is a reviewer for several international pharmaceutical journals. His present research interests involve the formulation of novel drug delivery systems (especially oral transmucosal), finding new uses for established drugs, and in natural products. He currently serves as a consultant to pharmaceutical companies.