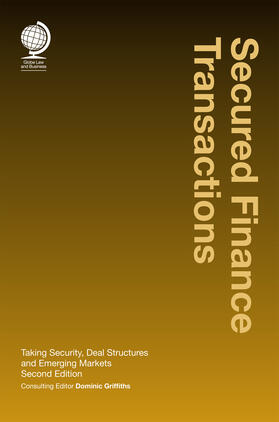 Secured finance transactions are implemented the world over between companies, banks, funds and individuals. They form, and have formed for centuries, an integral part of the world of corporate finance. Yet there are many complexities that need to be considered and understood, including the intricate juxtaposition of laws, regulations, local custom and precedents governing such transactions; the many forms security interests take, and the varying effect these have on enforcement by the creditor of their rights under such security; the impact of which market the loan or other credit was obtained in on the manner in which security is implemented; and the jurisdictional differences in the laws and regulations applicable to such transactions.

Secured Finance Transactions, Second Edition provides the legal practitioner, businessman and banker, student and interested observer, with a practical guide to important legal developments in the field of secured finance. It includes key coverage of:

the taking of security interests over key business assets;
the application of security in the context of a variety of different transaction types; and
the characteristics of secured transactions in core emerging and developing markets.
This second edition, with 23 chapters, brings together experts on the topic and expands further on the work in the first edition in covering the types of collateral used as security, the variety of transaction types and geographical coverage in emerging markets. An invaluable manual for those already present or entering into the financing arena, this title is a critical support at a time of unprecedented international lending activity.