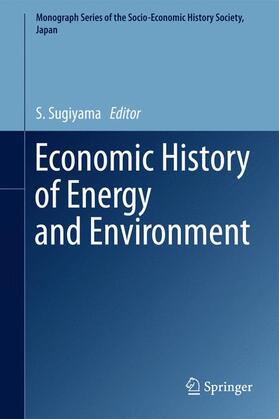 This book is the first volume of a monograph series published by the Socio-Economic History Society, Japan. The purpose of the series is to make works by Japanese scholars accessible to a wider readership and to increase the knowledge of scholars in this field, particularly in relation to Asia. This volume includes four chapters on energy and the environment of Japan, China and Britain and four short book reviews on recent academic works published in Japanese and English. The four chapters cover the following topics: the relationship between deforestation and the development of the silk reeling industry in a district of Nagano Prefecture (central Japan) from the 1870s to the 1900s and the subsequent shift from firewood to coal; the importance of timber supplies for the development of industry as illustrated by a case study on the supply of timber for use as rail sleepers in the Japanese national railway network during the prewar period; a methodological survey of the history of ecology and the environment in China; and an analysis of the British Smoke Nuisance Abatement Act of 1821 as a measure that incorporated the interests of politicians, landlords and industrialists.

Introduction:Sugiyama.- Chapter 1 From firewood to coal: deforestation and the development of the silk reeling industry in modern Japan (Sugiyama and Yamada).- Chapter 2 National railways and the procurement of railway sleepers in prewar Japan (Yamaguchi).- Chapter 3 A history of the ecology and environmental conditions in China (Ueda).- Chapter 4 The problem of air pollution in the British Industrial Revolution: the enactment of the Smoke Nuisance Abatement Act of 1821.

Sugiyama, S.
S. Sugiyama is professor emeritus at Keio University, Tokyo, and has been president of the Socio-Economic History Society, Japan, since 2011. Professor Sugiyama obtained a Ph.D. in history from the University of London in 1981. After three years as a research officer at the London School of Economics and Political Science, he joined the Faculty of Economics at Keio University in 1984, where he taught until his retirement in 2014. His main research field is the economic history of Japan and Asia in the nineteenth and twentieth centuries. His interests cover a wide range, including trade, industry, information, energy and the environment and business history. He has published books and articles both in Japanese and English. His publications include Nihon keizai-shi: kinsei-gendai [An economic history of Japan from the Tokugawa era to the present time] (Iwanami, 2012), Meiji Ishinto Igirisu shonin [British merchants and the Meiji Restoration: The life of Thomas Blake Glover] (Iwanami, 1993), and Japan's Industrialization in the World Economy 1859-1899 (Athlone, 1988), which won a Nikkei award. Professor Sugiyama was also co-editor of The History of Anglo-Japanese Relations, 1600-2000, vol.4: Economic and Business Relations (Palgrave, 2001), Commercial Networks in Modern Asia (Curzon 2001), International Commercial Rivalry in Southeast Asia in the Interwar Period (Yale University Southeast Asia Center, 1994) and Nihon sekitan sangyo no suitai [The postwar decline of the Japanese coal industry] (Keio University Press, 2012).