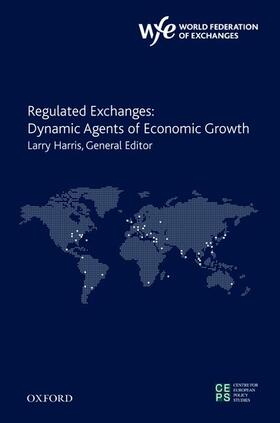 Exchanges play an essential and central role in the world's economy. They epitomize transparency in the price-formation process, informing investors and disseminating vital information for the functioning of financial markets, and in so doing they represent an important source of capital for nascent and established companies alike. Even during the recent crisis, exchanges remained open and liquid in the face of extreme volatility-thus the trust investors place in
regulated exchanges when confronted with uncertainty is beyond doubt.

Since the inception of the World Federation of Exchanges in the 1960s, the operational and competitive landscape for organized exchanges has changed radically. Technology and globalization have allowed financial flows to move freely across borders, and burgeoning competition and lower regulatory barriers have spurred far-reaching transformations in the way securities are traded.

Against this background, and on the occasion of the 50th anniversary of the World Federation of Exchanges, the WFE has partnered with Larry Harris and the Centre for European Policy Studies to produce a definitive volume of essays to take a look at the historic role exchanges have played in the global economy, highlighting pivotal innovations that shaped this role, and to lay out prospective ways in which exchanges will continue to shape the global economy in the future. Opening with key
conceptual essays by leading academics, Regulated Exchanges examines the historical contribution of exchanges to the world's economic growth, exchanges' economic importance, and the regulatory characteristics of the space in which exchanges operate. The volume then presents essays on several defining
milestones in the history of exchanges written by leading figures that took part in that very history, showing the interaction between the founding of exchanges, local cultures, and world financial markets. The book appropriately closes with a look forward, examining the competitive landscape and the exciting and promising future of regulated exchanges.

Offering an unparalleled collection of perspectives from leading academics and practitioners involved in the history of exchanges, Regulated Exchanges sheds a brilliant and welcome light on how exchanges have influenced and fostered successful financial markets, and how they will do so for many years to come.

Harris, Larry
Larry Harris holds the Fred V. Keenan Chair in Finance at the University of Southern California Marshall School of Business. His introductory text on the economics of trading, Trading and Exchanges: Market Microstructure for Practitioners (Oxford University Press: 2003), is widely regarded as required reading for entrants into the securities industry. In July 2002, Professor Harris was appointed Chief Economist of the U.S. Securities and
Exchange Commission, where he served until June 2004.