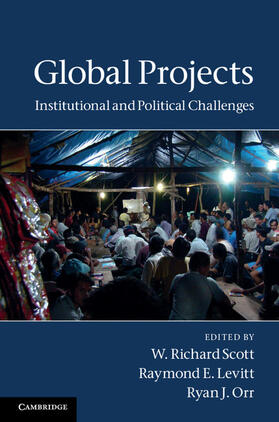 As the world's population continues to grow, there is an ever increasing need for huge investment in basic infrastructure: water and sewage, energy production and distribution, transportation and telecommunication. At the same time, infrastructure systems in developed countries are deteriorating and in need of renewal. Today, many of the engineering and economic problems surrounding infrastructure construction projects have been solved, but the threat of social misalignments and political conflicts renders the development and management of such projects more challenging than ever before. This book presents a new theoretical framework that allows us to analyze the institutional and social movement processes, both negative and positive, that surround global infrastructure projects as they confront cross-national and cross-sectoral (such as private-public partnerships) institutional differences. The value of this framework is illustrated through a series of studies on a wide range of infrastructure projects, including roads, railroads, ports, airports, water supply and energy pipelines.

Levitt, Raymond E.
Raymond E. Levitt is Professor of Civil and Environmental Engineering and Director of the Collaboratory for Research on Global Projects (CRGP) at Stanford University.

Orr, Ryan J.
Ryan J. Orr teaches project finance and infrastructure investment in the Graduate School of Business and the School of Engineering at Stanford University, where he is also Executive Director at the Collaboratory for Research on Global Projects (CRGP).

Scott, W. Richard
W. Richard Scott is Professor Emeritus in the Department of Sociology with courtesy appointments in the Schools of Business, Education and Medicine at Stanford University. He is also a senior researcher in the Collaboratory for Research on Global Projects (CRGP) at Stanford.