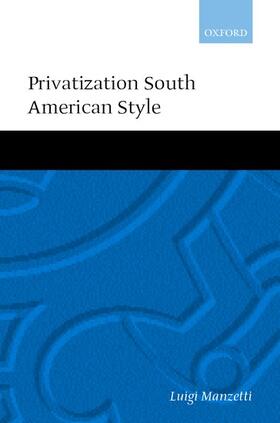 Comparative in its approach, the book seeks also to shed light on the nature of privatization in countries throughout the developing world. The book more generally argues that poorly designed privatization policies may have future serious implications on issues such as the rule of law, and the regulation of public utilities.