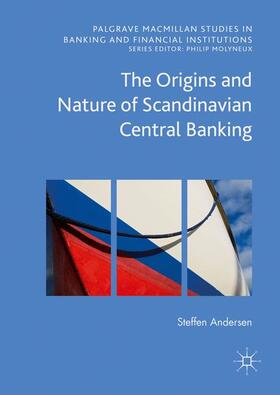 Andersen The Origins and Nature of Scandinavian Central Banking

Andersen The Origins and Nature of Scandinavian Central Banking

Steffen Elkiær Andersen graduated from the University of Copenhagen in 1972 before commencing a career as an economist, first as a staff economist at the Federation of Danish Industries, and then moving into banking, with positions at Danske Bank, Unibank, and HSH Nordbank where he was Chief Credit Officer in the Nordic area. He has written a number of publications in economics and finance, and writes various articles in international newspapers and magazines. His latest book was The Evolution of Nordic Finance (Palgrave Macmillan, 2010), which explored the birth and growth of financial institutions in the four Nordic countries from the mid-17th century to the recent banking crisis.