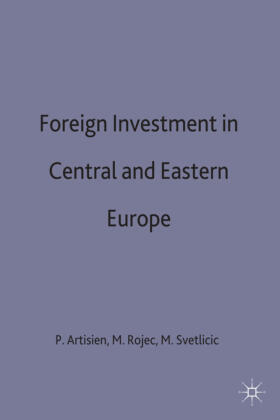 'Written in a clear and straightforward style, and well grounded in succinct and pertinent analysis.It will prove a boon to students and practitioners alike as moves proceed towards European integration.' - British Book News This volume identifies and analyses the extent to which the countries of Central and Eastern Europe are likely to attract inward foreign direct investment (FDI) to the turn of the century. Although these countries have been growing recipients of FDI, Western multinationals remain cautious and are slow to commit large investment sums. The book covers the contextual and thematic aspects of FDI as well as empirical country studies (including the Commonwealth of Independent States, Hungary, Poland and Slovenia) which address the legal environment for FDI, its magnitude and motives and industrial breakdown. The final section discusses the potential for closer economic and political integration in Europe.