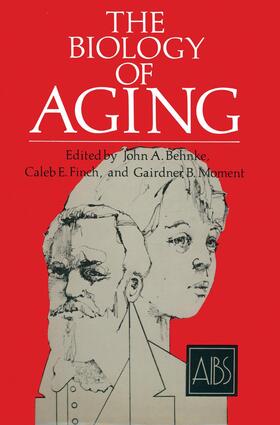 Behnke The Biology of Aging

Behnke The Biology of Aging

Egocentricity is characteristically human. It is natural for our prime in­ terest to be ourselves and for one of our major concerns to be what affects us personally. Aging and death - universal and inevitable­ have always been of compelling concern. Mystical explanations were invented when scientific answers were lacking. and gross physiologi­ As scientific knowledge developed, anatomy cal processes were explained, and the roles of the endocrine glands were revealed. Since the sex hormones obviously lose some of their potency with age, it was logical to assume that they played the major role in declining general well-being. The puzzle of aging would now be solved. The Ponce de Leon quest would soon be fulfilled. Pseudoscientists and quacks rushed in where most scientists feared to tread. By the time the glowing promises of perpetual youth through gland transplants and injections had proved illusory, serious study of the aging process had been set back for years. The field had lost "respect­ ability," and most capable scientists shunned it. Those who did con­ tinue to seek answers to its tough questions deserve special recognition.

I - Introduction.- 1 The Ponce de Leon Trail Today.- II - Aging in Cells and their Molecules.- 2 Cell Aging: A Model System Approach.- 3 Is Limited Cell Proliferation the Clock That Times Aging?.- 4 Molecular Biology of Aging.- III - Aging in Plants and Lower Animals.- 5 Cellular and Metabolic Aspects of Senescence in Higher Plants.- 6 The Biological Significance of Death in Plants.- 7 Aging in Lower Animals.- IV - Aging in Humans and Other Mammals.- 8 Exercise and Aging.- 9 Diet and Nutrient Needs in Old Age.- 10 Nutritional Regulation of Longevity.- 11 Consequences of Alcohol and Other Drug Use in the Aged.- 12 Physical Changes of the Aging Brain.- 13 Aging and Immune function.- 14 Genes and Aging.- 15 The Dilemma of Aging Parents: Increased Risk of Genetically Abnormal Offspring.- V - Hormones and Aging.- 16 Endocrinology and Aging.- 17 Hormone "Replacement" in the Aged: Proceed with Care.- 18 Altered Biochemical Responsiveness and Hormone Receptor Changes during Aging.- 19 The Brain and Aging.- VI - Aging in Perspective.- 20 Evolutionary Biology of Senescence.- 21 The Origin, Evolution, Nature, and Causes of Aging.