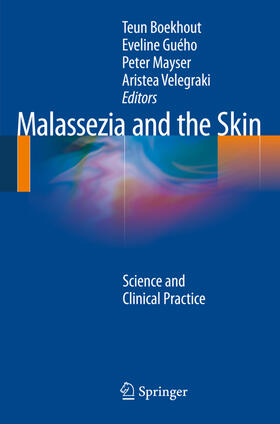 It has been known for many years that the Malassezia yeasts are associated with a n- ber of different human diseases ranging from pityriasis versicolor to seborrhoeic d- matitis. However the evolving history of their taxonomy and pathogenicity, and the management of the diseases that they cause has been a long, and often diffcult, jou- ney. Their fastidious growth requirements defed the initial attempts to culture these organisms on laboratory media and their true identifcation and the relationship between different species only became apparent with the application of modern molecular techniques. Likewise although recognised in the 19th century as potential causes of human infection, piecing together the complex and, in certain cases, still uncertain relationships to different human diseases has taken many years. Recognised initially as causes of infection of the skin, they are now known to be superfcial c- mensals as well as potential causes of infections in domestic animals and more serious human conditions such as fungemia. They have also been implicated in the pathog- esis of allergic and other infammatory diseases. Given this complex, yet fascinating, history it seems appropriate to bring together current thought on these yeasts, their structure and function and their association with both human and animal disease states. This book provides such a view of the genus Malassezia and the diseases caused by its members.