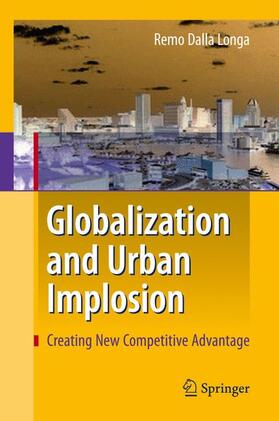 In the past twenty years, globalization has rendered many economic and social urban functions obsolete. Large cities face a form of implosion, which necessitates a rethinking of both contents and containers. This book will mainly concentrate on the latter aspect. Thus, the need to replace old functions with new ones is clear, especially within complex urban areas where the connections between public and private assets are strongest. In this context, new forms of urban models, Public Private Partnerships, tools and "drivers" – various decision makers who have to operate within complex urban areas – have to be considered. Hence, the creation or destruction of values depends on how new functions replace old ones. This also explains new and important forms of competitive advantage, among large globalized cities.

This book presents a model of complex urban interventions. Based on a literature review, the model integrates different forms of Public Private Partnerships (PPPs), new tools and instruments associated with governance (issues/challenges), and new profiles of public drivers. By analyzing a number of European urban centers, this book illustrates the implementation of the general model in specific case studies and, furthermore, shows the essential differences between post-socialist and Western cities.

Interpretative Models of Urban Intervention.- Impact of the General Model on Specific Case Studies.- Participation and the Socio-Political Foundations of the Management of Urban Redevelopments.- Case Studies.- Conclusion.