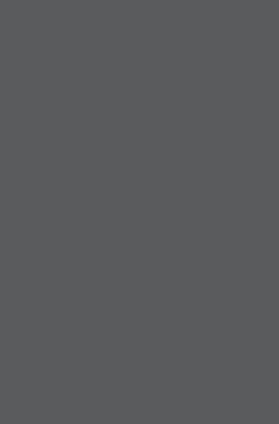 From Resilience to Growth

Financial regulation has dramatically evolved and strengthened since the crisis on both sides of the Atlantic, with enhanced international coordination through the G-20 and the Financial Stability Board and, at the regional level, a definite contribution from the European Union. However the new regulatory environment has its critics, with many divergent voices arguing that over-regulation has become a root cause of our current economic stagnation.

This book provides a bigger picture view of the impact and future of financial regulation in the EU, exploring the relationship between microeconomic incentives and macroeconomic growth, regulation and financial integration, and the changes required in economic policy to further European integration. Bringing together contributions from law, economics and management science, it offers readers an accessible but rigorous understanding of the current state of play of the regulatory environment, and on the future challenges.

• How to improve securitization and new instruments under MIFID II

• Issues in the enhanced supervision under delegated acts for AIFMD, CRR-CRD IV and Solvency II

Financial Regulation in the EU provides much needed clarity on the impact of new financial regulation and the future of the economy, and will prove a must have reference for all those working in, researching and affected by these changes.

Douady, Raphaël
Raphael Douady is a French mathematician and economist. He holds the Frey Family Endowed Chair of Quantitative Finance at Stony Brook University (SUNY), and is also the International Representative (and former Academic Director) of the Laboratory of Excellence on Financial Regulation (Labex ReFi, a joint initiative of Paris 1-Sorbonne University, ESCP-Europe, CNAM and ENA) and is affiliated with the French National Centre for Scientific Research (CNRS). He co-founded fin-tech firms Riskdata (1999) and Datacore (2015). He has more than twenty years of experience in the banking industry and thirty-five years of research in pure and applied mathematics. His current research focus is systemic risk and the anticipation of financial market crises. His background in pure mathematics is in dynamical systems, chaos theory and symplectic geometry. He studied at Ecole Normale Supérieure in Paris and earned his PhD in mathematics in 1982 from the University of Paris 7. Clément Goulet graduated from Paris 1 Panthéon-Sorbonne University, France, in Applied Mathematics. He is now a Doctoral Researcher with LabEx RéFi, working on forecasting techniques in finance. He lectures at Paris 1 Panthéon-Sorbonne University, France, where he also runs a doctoral seminar. Pierre-Charles Pradier is a Lecturer at Paris 1 Panthéon-Sorbonne University, France. He has been the Dean of the Economics Department, before serving as Vice-Provost, then Dean of the National School of Insurance (ENAss/CNAM). He joined LabEx RéFi in 2010 to coordinate teaching programmes. He lectures on applied microeconomics, financial economics and statistics.