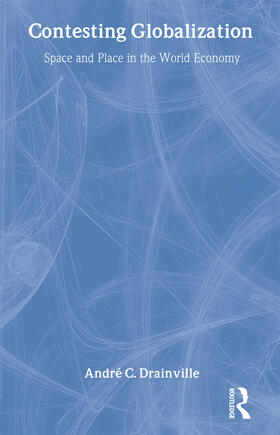 Space and Place in the World Economy

Contesting Globalization makes an innovative and original addition to the literature on globalization examining the challenges faced by those wishing to develop progressive visions of transparent global governance and civil society.
This new study closely traces the history and development of the institutions of global governance (The World Bank, IMF, WTO etc.) as well as the emergence of the anti-globalization movement. The author argues that we are at a unique moment where social forces have moved from national and international struggles to a global struggle and intervention in the world economy. A series of case studies examine the ways in which cities have become contested sites for global struggles from the London dockworkers strikes of the nineteenth century to the recent demonstrations against the international financial institutions in Genoa, Seattle and Washington.