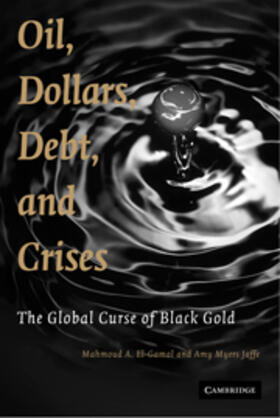 Oil, Dollars, Debt, and Crises studies the causes of the current oil and global financial crisis and shows how America's and the world's growing dependence on oil has created a repeating pattern of banking, currency, and energy-price crises. Unlike other books on the current financial crisis, which have focused on U.S. indebtedness and American trade and economic policy, Oil, Dollars, Debt, and Crises shows the reader a more complex picture in which transfers of wealth to and from the Middle East result in a perfect storm of global asset and financial market bubbles, increased unrest, terrorism and geopolitical conflicts, and eventually rising costs for energy. Only by addressing long-term energy policy challenges in the West, economic development challenges in the Middle East, and the investment horizons of financial market players can policy makers ameliorate the forces that have been causing repeating global economic crises.

1. The challenges of resource curses and globalization; 2. New Middle East: childhood 1973-84 and adolescence 1985-95; 3. Road to the status quo: 1996-2008; 4. Globalization of Middle East dynamics; 5. Dollars and debt: the end of the dollar era?; 6. Motivations to attack or abandon the dollar; 7. Resource curses, global volatility, and crises; 8. Ameliorating the cycle; Conclusion.

El-Gamal, Mahmoud A.
Mahmoud A. El-Gamal, Ph.D., is Chair of the Department of Economics and Professor of Economics and Statistics at Rice University in Houston, Texas, where he also holds the endowed Chair in Islamic Economics, Finance, and Management. Before joining Rice in 1998, he was an Associate Professor of Economics at the University of Wisconsin in Madison. He has also worked as an Assistant Professor of Economics at the University of Rochester and the California Institute of Technology. During 1995-6, he worked as an economist in the Middle East Department of the International Monetary Fund. During the second half of 2004, he served as scholar in residence on Islamic finance at the U.S. Department of Treasury. He has published extensively in the areas of econometrics, economic dynamics, financial economics, economics of the Middle East, and the economic analysis of Islamic law. His most recent book was Islamic Finance: Law, Economics, and Practice (Cambridge University Press, 2006).

Jaffe, Amy Myers
Amy Myers Jaffe is the Wallace S. Wilson Fellow for Energy Studies at the James A. Baker III Institute for Public Policy and Associate Director of the Rice University Energy Program. Her research focuses on oil geopolitics, strategic energy policy, and energy economics. She is coeditor of Natural Gas and Geopolitics: From 1970 to 2040 (Cambridge University Press, 2005, with David G. Victor and Mark W. Hayes) and Energy in the Caspian Region: Present and Future (2002). She has published widely in academic journals and edited collections, including the keynote article 'Energy Security: Meeting the Growing Challenge of National Oil Companies' in the Whitehead Journal of Diplomacy and International Relations (Summer 2007) and 'The Persian Gulf and the Geopolitics of Oil' in Survival (Spring 2006). Ms Jaffe served as project director of the Council on Foreign Relations task force on strategic energy policy. She currently serves as a strategic advisor to the American Automobile Association on developing an AAA members' voice on U.S. energy policy debates.