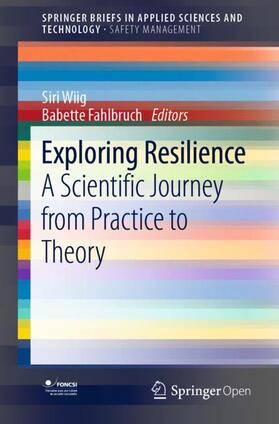 A Scientific Journey from Practice to Theory

Resilience has become an important topic on the safety research agenda and in organizational practice. Most empirical work on resilience has been descriptive, identifying characteristics of work and organizing activity which allow organizations to cope with unexpected situations. Fewer studies have developed testable models and theories that can be used to support interventions aiming to increase resilience and improve safety. In addition, the absent integration of different system levels from individuals, teams, organizations, regulatory bodies, and policy level in theory and practice imply that mechanisms through which resilience is linked across complex systems are not yet well understood. Scientific efforts have been made to develop constructs and models that present relationships; however, these cannot be characterized as sufficient for theory building. There is a need for taking a broader look at resilience practices as a foundation for developing a theoretical framework that can help improve safety in complex systems.


This book does not advocate for one definition or one field of research when talking about resilience; it does not assume that the use of resilience concepts is necessarily positive for safety. We encourage a broad approach, seeking inspiration across different scientific and practical domains for the purpose of further developing resilience at a theoretical and an operational level of relevance for different high-risk industries. The aim of the book is twofold:

1. To explore different approaches for operationalization of resilience across scientific disciplines and system levels.

2. To create a theoretical foundation for a resilience framework across scientific disciplines and system levels.
By presenting chapters from leading international authors representing different research disciplines and practical fields we develop suggestions and inspiration for the research community and practitioners in high-risk industries.

This book is Open Access under a CC-BY licence.