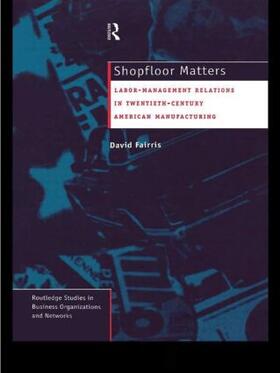 Building on the work of labor historians, industrial relations scholars, and institutional labor economists, this book offers not only a comprehensive analysis of the changing nature of shopfloor labor-management relations in the large manufacturing firms of this century, it also supplies empirical evidence of the effect of these institutional changes on labor productivity growth and injury rates. No other study has dealt with the broad sweep of shopfloor governence during the twentieth century, paid as careful attention to the process by which shopfloor institutional arrangements changed over these years, or offered hard evidence on the relationship between changing shopfloor institutions and changing shopfloor outcomes.