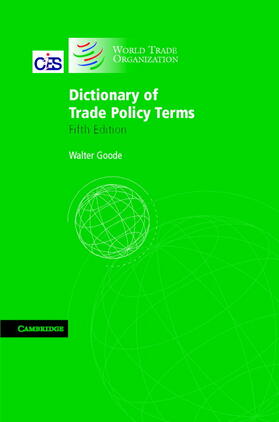 This is an accessible guide to the vocabulary used in trade negotiations. It explains about 2,500 terms and concepts in simple language. Its main emphasis is on the multilateral trading system represented by the agreements under the World Trade Organization (WTO). In addition it covers many of the trade-related activities, outcomes and terms used in other international organizations, such as the United Nations Conference on Trade and Development (UNCTAD), the World Intellectual Property Organization (WIPO), the Food and Agriculture Organization (FAO) and the OECD. The last five years have seen a rapid spread in the formation of free-trade areas in all parts of the world. This dictionary allocates generous space to the vocabulary associated with such agreements. It offers clear explanations, for example, of the concepts used in the administration of preferential rules of origin. Additional areas covered include emerging trade issues and issues based particularly on developing-country concerns.