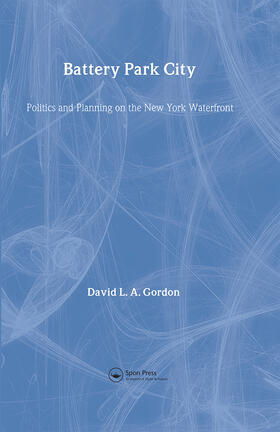 Politics and Planning on the New York Waterfront

Battery Park City in Manhattan has been hailed as a triumph of urban design, and is considered to be one of the success stories of American urban redevelopment planning. The flood of praise for its design, however, can obscure the many lessons from the long struggle to develop the project. Nothing was built on the site for more than a decade after the first master plan was approved, and the redevelopment agency flirted with bankruptcy in 1979.Taking a practice-oriented approach, the book examines the role of planning and development agencies in implementing urban waterfront redevelopment. It focuses upon the experience of the central actor - the Battery Park City Authority (BPCA) - and includes personal interviews with executives of the BPCA, former New York mayors John Lindsay and Ed Koch, key public officials, planners, and developers. Describing the political, financial, planning, and implementation issues faced by public agencies and private developers from 1962 to 1993, it is both a case study and history of one of the most ambitious examples of urban waterfront redevelopment.